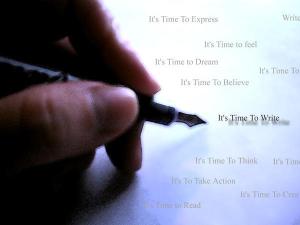 Just under 2,000 of those words was in one day. In the story, still exposition, revealing the world, the most popular game for witches and a broomstick lesson but there are three things that have mainly dominated this week’s writing.

The first, looking back, is that my FMC is finding herself being questioned by others and questioning herself why she has chosen and begged for a place at a rival school to her family’s dark magic school. I’m not sure why she is doing that really as she knows why (wants to do something different to her family) but I can’t help feeling it is going to be important, especially after some rethinking and planning of the story and the character’s journey. It’s not a bad feeling. In fact, it is a very good feeling.

The second is the revelation of my MMC’s struggles in his classes. I haven’t really written much with him for a while, mostly because the school is split into boys and girls and I am having a go at using third person limited. The struggles revelation feels as if it is going to be vitally important. I am not sure why but again, it is a good feeling.

Ah, the wonders of pantsing and having an outline that is rather loose in my mind. Especially when that outline is limited to about one years worth in story time of plot. Who knows? It might become a little Malory Towers in its focus.

The third thing that has happened is that my FMC’s potential love interest has revealed that they are gender fluid. To anyone who has never heard of the term, it describes someone who doesn’t feel like their assigned gender all the time. This is different to being transsexual. In this case, the love interest is male. They will have periods of time where they feel male so act male but will also have times where they feel female so will act and be female for that time. I have known this since I started writing the story pretty much however I have been nervous about doing it as it is the first time I have written a character like this. How successful it is so far and will be, I don’t know. All I know is that this is right for the character and will cause conflict between them and their family as well as at school, as it is segregated between male and female with normal expectations of those genders in place and reinforced by lessons such as etiquette. I am looking forward to seeing how this goes.

I have already mentioned some rethinking and replanning has happened. This is resulting from a realisation that I needed to age the characters up so a rethink of the structure of the school and the education system in place in this world became necessary. It took me a while to figure it out yesterday at a write in, where I ended up voicing stuff out loud as well as sketching and drawing things in mid-air to help me visualise it. This is part of the value of having writing friends and going to write in’s and maybe writing groups too. You can say and do things with fewer or no strange looks whatsoever. This restructuring will definitely work better I feel and allow me a bit more room to move when writing character’s actions and dialogue. Perhaps it also explains why my FMC has become so much more introverted than normal.

Aside from all this with my Camp story, I have begun the task of doing some research and planning for November. I suspect my time may become limited so I am trying to get a little ahead to compensate. This research has included the North Pole and the Arctic Circle.

Plans for next week? Write my Camp story, research for November and trying to remember to post my wc’s on Twitter. I keep forgetting!

Just a quick post about researching and planning for Camp NaNoWriMo.

So I have done something this week that I rarely do, especially for something like NaNoWriMo: I part planned my novel for next month. I do plan a little for ventures like NaNo but otherwise I let it run its course. The thing is, I do know that planning does help with NaNo and other creative ventures.

Now, don’t get me wrong, I understand the necessary need for planning. When I do plan, I will plan the important moments, the turning points, when certain information is revealed but I also like keep things a little loose so if I have any flashes of inspiration or realise I could do something in a better way, the planning is not too restrictive for me not to explore the option. If it goes wrong, I can get rid of what I have written and go back to the original plan.

As well as planning, I have done a lot of research for the locations of my April novel which has sparked further ideas and helped me figure out other things about characters, etc. for the novel. Reading and research I find is great for helping a writer figure things out, providing the writer doesn’t get sidetracked and “researching” things that are of no help. Then it’s procrastination.

Research and planning are a good idea in conclusion. Especially if it helps to figure things out and keep the novel on track to get to the end and, in this case, finish the challenge that is Camp NaNoWriMo.

Need some help with forensic science for your work?

The crew over at FornesicScienceDegrees.org have listed The Writers Forensics Blog as one of their Top 100 Websites to Bookmark, which they describe as a “list of great sites to present practical, real-world information on the subject.” Many great sources here.

The fun part about Science Fiction is that it’s based on science. Real science. The world now. Then it’s imagined, invented, and takes several logical leaps.  Then scientists leap along with these imaginings, and those things become real.  Life imitates art imitates life.

I freaking love it.

One requirement of being a science fiction author is keeping up with the newest innovations in the real world.

Another requirement is knowing how the real world already works.  For Salvaged, I did a lot of research about the WHO and CDC processes for dealing with epidemics. I did research about specific viruses and bacteria, and I studied vaccines and how serums are created.   I looked at research on emerging viruses, superbugs, as well as the day to day stuff like e. coli.

Technologically, I made the assumption that tech would only advance as far as it would need to. Necessity…

Okay, I am more awake now so I can finally do this update.

As you all probably already know, I failed NaNoWriMo. If you want the numbers, here you go:

So, as you can you see, I was writing a fair bit but unfortunately, it’s because I hit a wall with the fan fiction, just like I did with the crime novel. I also spent part of day 31 procrastinating and not actually, you know, writing.

So what have I learned over the last month?

Firstly,  whilst being able to rewrite a book quickly and efficiently is the mark of a professional writer, I cannot do it whilst doing NaNoWriMo. It’s a logistical nightmare to count up new words written, check up on information from other parts of the novel and do a bang up job of rewriting the novel properly.

Even if I had written a crib sheet of important and a running order of what happens in the novel, I don’t think it would be possible for me to actually write the novel in NaNo.

Secondly, planning what happens and doing a bit more research beyond a certain point helps to actually write any story of any type. This is what stopped me in both the crime novel and the short fan fiction story.

The short story was just badly unplanned and written out of boredom. In the case of the novel, I only actually planned up to and including the trial. I did not actually think the second part of the novel through properly. Shame on me and I have attempted to learn this lesson for the past year or so when I realised this personal flaw in my method in working last year.

Still, another bump on the road. Another lesson to learn.

Thirdly, I need to stop procrastinating and writing too late at night. Well, within reason.

Many writers procrastinate and it can be a good thing (providing it doesn’t go to the extreme) but I seem to spend a lot of time not writing and thinking a bit too much over the last month. It wasn’t even spent productively! This was especially the case on Day 31.

As for writing too late, that’s more about the fact I seemed to START writing too late at night. If I am on a roll, then I will keep writing beyond midnight as I will eventually tire and finish but I really need to actually start writing earlier in the afternoon. I might actually get more written! I struggle to settle and write in the morning but can get work done in the afternoon.

There’s probably a few other lessons I have learned that I haven’t realised yet but those three, they are certainly the most important ones.

So here’s to learning lessons and improving as a writer.

Here’s to those amazing people who finished July and to those, like me, who didn’t.

Here’s to the fantastic staff at the Office of Light and Letters who have run the event and the website.