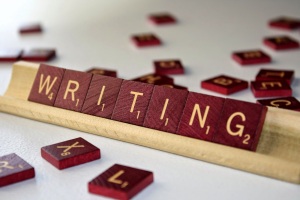 Nothing much to tell. Most of what I have written is redrafting of some writing I did last Sunday on the WAY On The Go app which failed to send to my e-mail address once more. I am starting to wonder if it just does not work on Kindle. So it’s only been my characters finally becoming a couple that has happened.

On the other hand, I have done some thinking and it is mostly surrounding a potential new idea for Camp in April and maybe some rewriting or the continuing of writing of other past NaNoWriMo stories. Camp is the place to do rewrites I think, at least for the first few drafts when it’s major changes being done. Of course, this is just my opinion.

The first story under consideration is my November 2014 hotel story with the witch and the werewolf. The direction of the story differed from my original thinking and I think that was the story’s undoing. I would like to go back and rewrite that story, if only to follow the original story idea.

The other is my July 2015 story about the witch from the dark family background. The only reason I stopped writing it is because I needed a break I think, along with the Post-NaNo Blues. I may completely rewrite the story as certain aspects kept changing and I never fully ironed out. Since I’ve had a break and whilst I was writing the story that took place years later, I realised that there was character stuff that needed changing and completely redoing.

Another reason I been thinking about it is because I have bought an etiquette book, reproduced from the 1800’s, for general research as I’ve noticed a lot of my writing lately has required me to think about or research etiquette and deportment among other things for stories. Having a go to guide on hand hopefully will help, especially with my July 2015 idea.

If course I still have nearly two months to think about and decide, as well as the fact I still have the new idea to flesh out and consider. In the meanwhile, I do have my current writing to be doing. Hopefully it will be a little more successful this next week. How’s your writing going? What do you think of the idea that Camp is a good place for rewriting or continuing old stories? Are you thinking about Camp yet or am I thinking too far ahead? Do comment below.