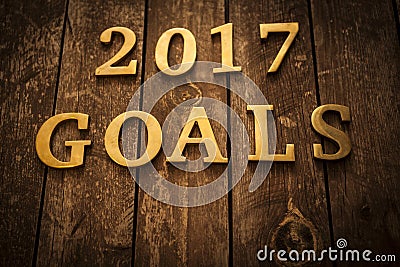 Happy 2017 folks! Hope you had a great Christmas and New Year!

New Years always brings a flurry of hope and optimism with them. After the last year, I think we all need it! This optimism leads to people making resolutions and promises to themselves and others. If you have been around here long enough, you will know I don’t do resolutions. I break them the moment I make them! Instead, I set myself goals I want to achieve. These are either for my own well-being or in the interests of improving my writing.

To say the least, I have had limited success with the goals I set myself last year.

Try to write something every day or every week. Writing every day is not easy. I was either being too lazy or life was taking too much of a priority. Looking at my spreadsheets, it shows that, on average, I wasn’t writing 11 days each month. I was achieving my word counts most months, until I gave myself a new word count after achieving it. This was a short sighted move. I ended the year with a deficit of 4,848 words. I am still proud of that when I compare it to 12,700 word one I went into November NaNoWriMo with.

It hasn’t been all bad on this front. I have been reviewing my word goals every three months. This has proven helpful. It made me reset some of them because of life and how that was going to impact on my writing. This is something I wouldn’t have done without the Word Nerds talking about it in their videos.

Post once a week, every week on this blog. Partial success again that fell by the wayside at the end of the year. I did achieve this, putting November and December aside. I was writing or reblogging something roughly once a week.

Read more. Uh, yeah. I am calling this one a failure. I did read stuff, like the Rivers of London comics and started reading books but did I finish them? Not many. Going by my GoodReads Reading Challenge, I set myself a target of 25 books and read 23. Some were rereads, like Doctor Who Writers Tale: The Final Chapter, quite a few were comics, like Kingsman and Green Arrow New 52 Vol. 1, then there were indie books like Witch At Heart and Preternatural Affairs. So a mix and I did complete some books but I still feel like that I just didn’t read enough or finish enough books.

Participate in as many writing/National Novel Writing Month events as possible. Done and dusted on the NaNoWriMo front but definitely not on the writing event front. I participated in the DraeBox Writers Club challenge, which was a lot of fun. I will be again this year and I am looking forward to it. I am not resetting this goal for this year though. Instead I am replacing it.

Reason being, I think the universe has been trying to say something. Few recent experiences have made me think this. Firstly, I was talking with good friends of mine about drafting. We noted that we seem to always be starting or restarting drafts but never finishing them.

Secondly, I have been seeing tweets about committing to finishing 1 draft of a manuscript in 2017. It’s just typical I can’t find any of them now. This is what got me considering this new goal.

Thirdly, as I was writing this and reflecting on the past year, I realised something. I have spent more time on just one story than I have done in a long time. That story is the dark witch story. I have had some detours but I have always gone back to this one.

Spending so long on it, talking with friends and seeing the tweets have made me want to get at least one draft done. I want to be able to say I have finished something.

What goals are you setting or pursuing this year? Had any luck with your goals or resolutions last year? Wishing you all the best for 2017!

This site uses Akismet to reduce spam. Learn how your comment data is processed.